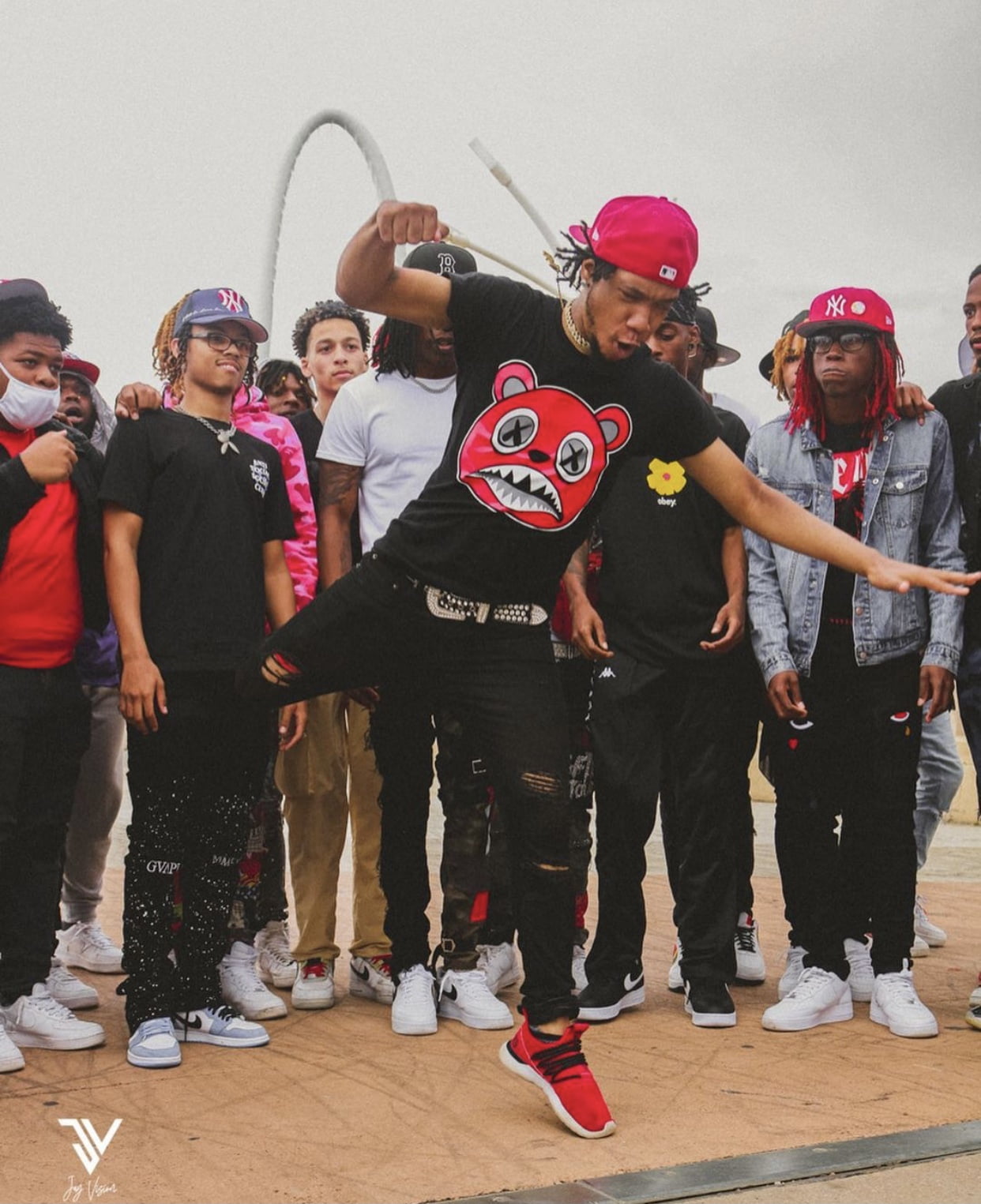 Raynard Johnson also known as “King RJ” is a dancer, born & raised in Chicago. 25 years old RJ has been dancing since he was 4. He grew up watching Michael Jackson, Usher, Omarion, Chris Brown etc. those are his influences when it comes to dancing.

Dancing is what he most known for. If someone mention his name to anybody that knows about him the first thing they will say “the dancer?”

He attended Wells High School on the northwest side of Chicago where his dance career really started. He then started out Jerkin back in 2009. “Dougie” or “Jerk Boy” were his nicknames in High School.” King RJ started doing talent shows and was also apart of dance after school programs.

High School is also where RJ got introduced to social media & started to take advantage of it & showcase his talent across the internet. YouTube was the first social network he joined. His first video was a jerkin video and it reached over 50,000 views.

A couple years later he joined Instagram before Instagram was what it is today. Before social media he was very shy & insecure of himself. He never would have thought he’d be posting Videos of himself or even performing in front of thousands of people. Social media built his self confidence and changed his life.

RJ King graduated high school in 2014. In the fall he went off to college to attend Northern Illinois University (NIU) where he studied theatre/performing arts. He took modern and contemporary dance classes such as, ballet, jazz, & tap dance.

He also performed at events on the campus with his dance team (Supremacy).  RJ King is a 4x Award winning non-Greek dancer in college winning 4 straight years. 2015-2018. However, he did not complete degree, he dropped out of college in 2017 to fully pursue dance career.

After, he started touring to different cities in the Midwest & performing and doing shows and also opening up for big artists such as Lil Durk, King Von, G Herbo, Juice Wrld, Lil Mosey,  Famous Dex, And DJ Esco.

Apart from his journey to entertainment industry, RJ King has also answered some of our questions during the interview:

What are some of your biggest dance accomplishments?

What dance style(s)do you specialize in?

How long do you plan to continue your dance career?

I was thinking about retiring at 30. But I don’t know I might go further than that.

Do you think you would be as far in your dance career if it wasn’t for social media?

What are your plans for when you retire from dancing?

I was thinking either teaching dance/Choreo or maybe photography/videography. First come first serve.