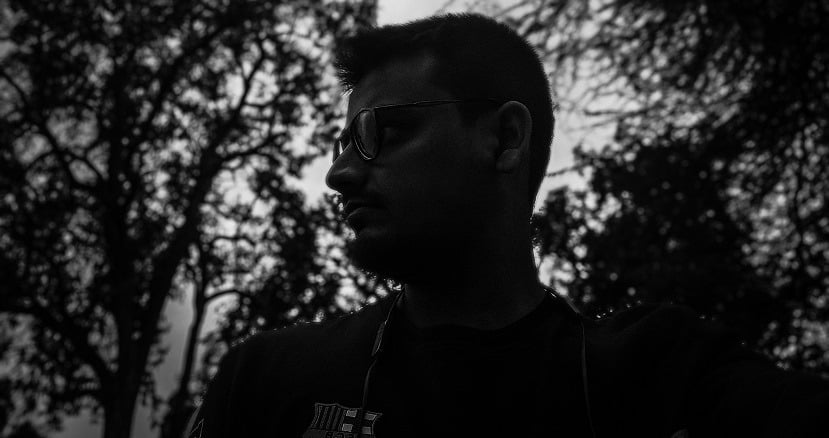 Dorian thoughts, is an independent musician from New Delhi, India. Last year in May, Dorian thoughts released 3 singles all in different genres, the musician has been on and off with the updates of the next release for a year now.

There was a trail of updates on the Artists social media (Instagram and Facebook). Observed were 3 confirmed tracks mentioned as, ‘Revolution’,’ The Empath’ and one titled as ‘No Name Yet’. There was no update on his social media about these tracks being a single or a part of an EP or an album probably.

So we got in touch with the Dorian Thoughts and here’s what we found out.

Firstly we asked him about his multi genre style and the influences that led that style inculcation. “I started out with no plan whatsoever. There were a lot of pieces, raw recordings and even finished tracks that I thought I should post on YouTube. Some of my good friends suggested me go for releases rather than ‘just a YouTube upload’, I did not give that much thought to itinitially , but I realized that it’s true that my music would definitely reach more ears If I choose to release it on streaming platforms as well. I randomly decided to release 3 singles, there were finished tracks and all in different genres, there was no specific thought of planning to release all 3 as per covering various genres, it was all just random”.

We asked Dorian Thoughts about the social media updates hinting next possible releases and here’s what we got. “There are 3, that sound really good to me and I am planning to get those out for sure, I am still figuring out whether to release an EP or an Album.” We asked if he could tell us the name of the tracks and the possible name of the EP or the Album. “Haven’t figured out the name of the EP yet, the tracks are titled: ‘Revolution’ and ‘The Empath’, I am still weighing possible titles for the 3rd one”.

The conversation confirmed 3 tracks; a part of those has been shared on Dorian thoughts Instagram as well. As the musician has been experimenting in different genres we asked him what style expect next.

“It’s going to be a mix I guess, Ambient Spacey Rock with crunching guitar solos, old fender jazz bass vibe and some basics drums, nothing fancy, more vocals for sure. There is a possible acoustic piece as well that I love, but again these all are in making except for one that has been completed in all aspects.”

Finally we asked Dorian Thoughts about the possible release date to which he said there is no specific date set, as soon as he finishes those pieces and plans a format (EP or an Album) he might release them.

We dug a bit more and through the archives we got to know that the artist received over 12.6K streams, 9.9k  listeners covering over 82 countries within initial 8 months (as per an archive story shared via Dorian Thoughts knowledge panel). The artist has not done any live shows as such. But, there were 2 instances where he streamed live on instagram and once on twitch and once on YouTube.