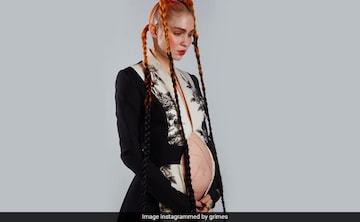 Musician Grimes Confirms Elon Musk is the father of her child

In an interview with Rolling Stone, musician Claire Boucher — better known by her stage name Grimes – said Elon Musk is the father of her child.

In an interview with Rolling Stone, she said Elon Musk is the father of her child.

“For a girl, it’s sacrificing your body and your freedom. It’s a pretty crazy sacrifice and only half of the population has to do it,” she was quoted as saying.

According to the 31-year-old, it has been a “really profound” decision for her.

“I’m just like, I have sacrificed my power in this moment. I have, like, capitulated. And I have spent my whole life avoiding that situation. I have never capitulated to anything, so it was just a profound commitment,” she said.

The pair have been dating since 2018. This will be her first child. Elon Musk has five sons with his first wife, Justine.