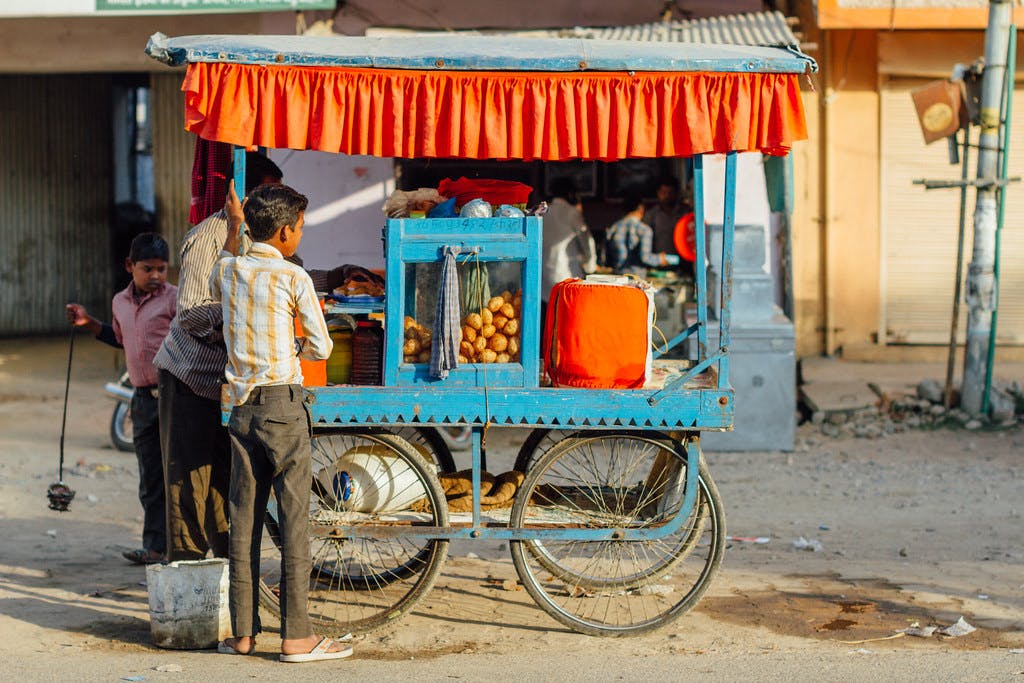 The street food vendors will be able to make online delivery like big restaurants: PM Modi

Bhopal, Sep 9 (PTI) Prime Minister Narendra Modi on Wednesday said efforts are being made to provide an online delivery platform to street food vendors on the lines of big restaurants.

After a virtual interaction with beneficiaries of the PM Street Vendors’ Aatmanirbhar Nidhi (PM SVANidhi) scheme from Madhya Pradesh, Modi praised the state government for ensuring the scheme’s benefits to over lakh people and providing identity cards to over 4.5 lakh people (scheme beneficiaries) in just two months.

“I congratulate those who are moving ahead with the SVANidhi Yojna. It is a big thing to provide benefits of the scheme to over one lakh street vendors and providing identity cards to over 4.5 lakh such people. Other states must take inspiration from Madhya Pradesh,” Modi said.

He told the street vendors that if they come forward, the government will take this effort further.

The prime minister also urged the street vendors to adopt the digital payment system on a large scale.

“The use of digital payment has increased during the past three-four years. Its importance was realised during the corona (COVID-19 outbreak) period. Now customers avoid making payment in cash and pay directly through mobile phones,” he said.

Appealing street vendors to come forward to adopt the digital system, Modi said, “A new beginning has been made by the banks and digital payment system providers.”

Modi told the street vendors that representatives of banks and such organisations will reach out to them, provide the QR code and inform them about its use.

“I appeal to them (street vendors) to use digital payment more and present an example before the world,”he said.

He said the government will make efforts to ensure that street vendors in all big cities of the state get benefit of the PM SVANidhi scheme.

“Whenever there is a pandemic, it hits the poor brothers and sisters hard. They always suffer whether it is excessive heat, rainfall or cold and these create problems for their employment and food, Modi said.

“They (the poor) faced it the most during the pandemic and were even were forced to return to their native places.

The government has realised this and tried to help them as much as possible by providing them ration and creating employment opportunities,” he said.

The government launched the PM SVANidhi scheme with easy rules so that they can get rid of paying interest on loans which they used to take from private lenders.

“You are getting a rebate of seven per cent in interest in these loans (under the scheme). If you repay to the bank on time, you will get more facilities. If you make digital transaction, you will get rewarded for it and you get more loan next time, he said.

Referring to attempts made earlier to remove poverty, Modi said, “In our country, a lot has been talked about the poor. But in the last six years, everything has been done in a planned manner. Steps have been taken, which were not taken earlier, like the Jan Dhan Yojna under which 40 crore bank accounts of poor people were opened.”

These people are getting loans and are liberated from the clutches of money lenders. Farmers are getting assistance directly, he mentioned.

He also said that soon villages will also be associated with online marketing platforms.

“On August 15, we took a vow to connect all villages with the optical fibre network in next 1,000 days. People will also get digital health identity cards for getting health facilities in rural areas also,” he said.

Earlier, he interacted with some beneficiaries of the PM SVANidhi scheme, including street vendor Chaganlal and his wife from Sanver in Indore district, Gwalior’s Archana Sharma and vegetable vendor Dalchand in Raisen district.

Modi advised Chaganlal how to enhance his business by asking customers to return the pipe used in making broomsticks to reduce the cost of making a broomstick.

Chaganlal also told Modi that he wanted to enhance his business. After spotting a plastic water bottle kept behind Chaganlal’s chair, Modi advised him to use an earthen pitcher instead of a single-use plastic bottle for drinking water to save the environment.

Modi also asked him about the Ujjwala Yojna and how it benefited his family.

Interacting with Archana Sharma from Gwalior, Modi asked whether she would serve him ‘tikki’ (patties) that she sells at her joint. He also asked her about the SVANidhi scheme and how it benefitted her.

He also asked her if she was aware of the Ayushman Bharat health care scheme, to which she said her husband was getting treatment through this scheme only. Modi also interacted with her husband Rajendra Sharma.

Talking to vegetable vendor Dalchand from Sanchi in Raisen district, Modi praised him for using the QR code digital platform for receiving payments. He also suggested him ways to improve his vegetable business.

After the interaction, Modi also informed street vendors about the ‘one nation one ration card’ scheme to make things easier for people.

The prime minister also cautioned people about the threat of COVID-19 until its vaccine is developed, and advised them to follow guidelines like wearing masks and maintaining two-yard distance. He also asked people to avoid single-use plastic products, among others.

Importance of Insurance Especially During a COVID-19 Pandemic