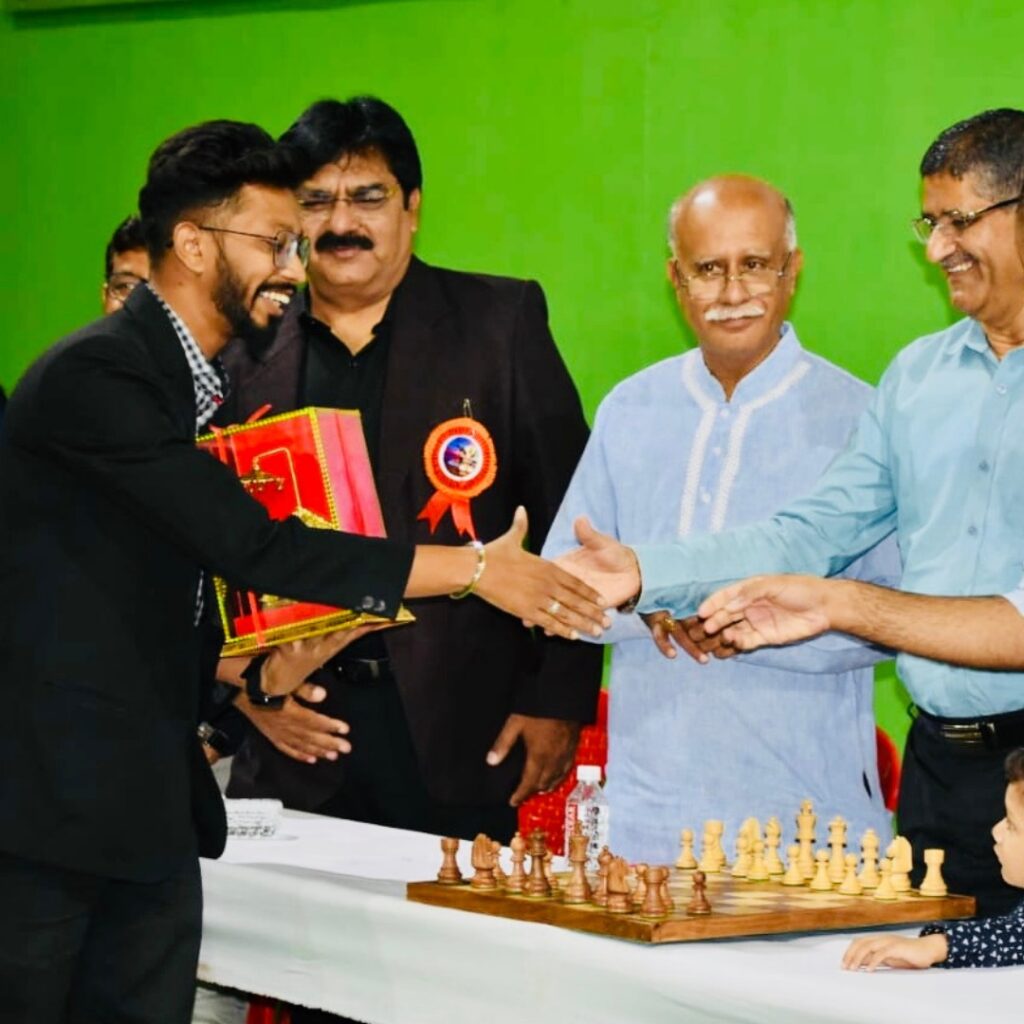 Vinayak Wadile: A King of 64 Pieces

Vinayak Wadile a famous face of Nashik is now on a mission to conquer the chess world by every year’s initiative to disrupt the chess ecosystem.

Vinayak Wadile started playing chess at the age of 10. Overcoming obstacles of belonging to a small town and a middle-class family with limited resources, he is eyeing the title of International chess player.

Starting playing chess in stubbornness later became a hobby, Vinayak has, over the last five years, made a mark for himself, became most successful young entrepreneur in the field of chess.

Vinayak was born and raised in Nashik, an ancient holy city in Maharashtra. He was the stubborn child in his family; if he wants something he will try every possible way to achieve it.

“My addiction to chess was taking over on my life, I lost in so many competitions and that made me more compulsive to play more and more competitions. Although I gained experience from my every loss which later became a victory for me.

His classmate won a trophy and certificate in an interschool chess competition which sparked his interest to win a trophy and play chess when his classmate provoked him that he couldn’t do it. Compelled by his stubbornness, Vinayak decided to compete in chess and did so with flying colors; this was an unlimited milestone for his future dream.

Not belonging to a sports background but just a kid with a stubborn attitude which made Vinayak Wadile unstoppable and a face of chess that he never imagined.

Vinayak use to learn chess from a chess book and he also participated in the interschool chess competition, where he lost. “After losing the competition, he practiced for a whole year. He was determined to participate the next year. Again he lost and till his 10th he played so many competitions and he failed.”

Losing and gaining experience made him more confident and in 11th he played again interschool chess competition and this time the first place was taken by Vinayak Wadile and this was the beginning and a step to the chess world.

“It was tough for me to ask my parents to take me for different tournaments and coaching. My family would never allow me to peruse my career as a professional chess player.”

In 2015, Vinayak started his International career and he played in lots of national and international competitions. “After that nothing stopped me and I completely dedicated myself to chess and achieved a lot at very young age’’

After my 1st interschool and state chess tournament “I was coached by Sunil Sharma the coach of famous grandmasters Vidit Gujrathi. At the beginning of my chess career, I was restricted to playing chess by the District Chess Association, Nashik.

Still, this wasn’t enough and end for Vinayak, in the era of the digital revolution, he thought to do something online for chess players this gave him an idea to start his entrepreneur journey.

In 7.7 billion Populations there are 6 billion chess players in the world. On keeping these stats in mind, there was a need for a revolution in the chess world. Hence, Vinayak Jagannath Wadile, an International Fide Rated Chess Player came with the vision of creating masters of chess. He launched Asia’s first chess website “Chessvicky” To bring all the like-minded people together on one platform where they can play, learn and earn with chess. Chessvicky is getting overwhelming responses from all over the world, it is a platform where you can interact and clear your questions with the famous chess grandmasters. Vinayak Wadile arranged several offline International, National & State level tournaments and coaching camps. No step taken towards the benefit of others has ever resulted in a bad outcome. This work by Vinayak gets its fruits in 2016 as “Startup of the year” in 2017. Chessvicky was awarded as the “Best 500 startups” in India in 2020 and was also recognized by Startup India.