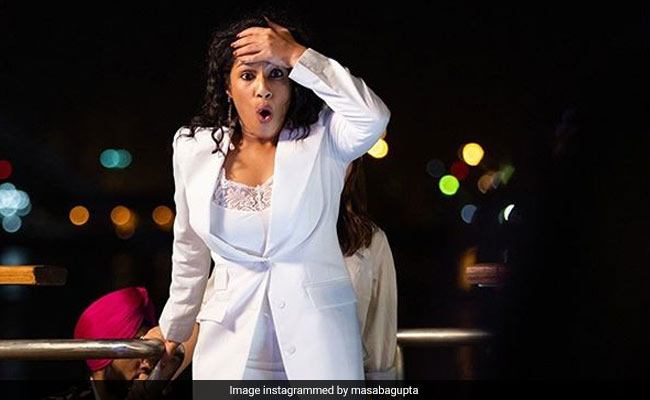 New Delhi: Designer Masaba Gupta, who just made her acting debut with Netflix show Masaba Masaba, said her decision of giving acting a try was questioned by many and raised eyebrows. In a post shared just days after Masaba Masaba premiered on Netflix, the 31-year-old designer said that a particular dialogue spoken by Ranveer Singh in the Zoya Akhtar-directed Gully Boy helped her cut out the negativity. The scene Masaba referred to in her post is when Murad (played by Ranveer) stands up to his selfish father, who questioned his “aukaat.” Murad’s response – “Koi doosra mereko batayega mera aukaat kya hai?” – is what helped Masaba “drown the noise” and stick to her guns.

“This particular scene was my anchor through the whole Masaba Masaba experience. This one line… through all the fear, excitement, rage and more. I watched Gully Boy just once, but this stuck with me forever. And now it’s in my treasure chest of memories to dip in to, each time I feel lost. Thanks Zoya and Ranveer,” wrote Masaba in her post.

Revealing her experience of the months leading up to the show’s release, Masaba said: “‘Oh ab actress banegi?’- all of us need anchors. Sometimes we find them within ourselves and sometimes in stories or moments in other people’s lives. I’ve mentioned earlier that many people dissed the show even before we began filming. And as strong as you think you are… it’s hard to drown the noise out when you’re doing something for the first time.”

Masaba was also simultaneously working on her design projects while shooting for the show: “It was also harder because I was juggling design at the label and shooting at the same time and found my head stuck at work many times when I was on set.”

Masaba Masaba is a scripted show, which often touches upon Masaba’s real live events and experiences. Masaba and her mother Neena Gupta portray their real-life mother-daughter relation on screen. Sharing her experience of working with her mother, Masaba told PTI in an interview: “The first day I felt, ‘Oh my God I am acting with my mother!’ But after the first scene was done, it became a job, the way I treat my fashion shows. It’s stressful but you find your ground and get the job done.”

Bart Owens: Exemplary Industry Expert Is A Blessing To The Global Community