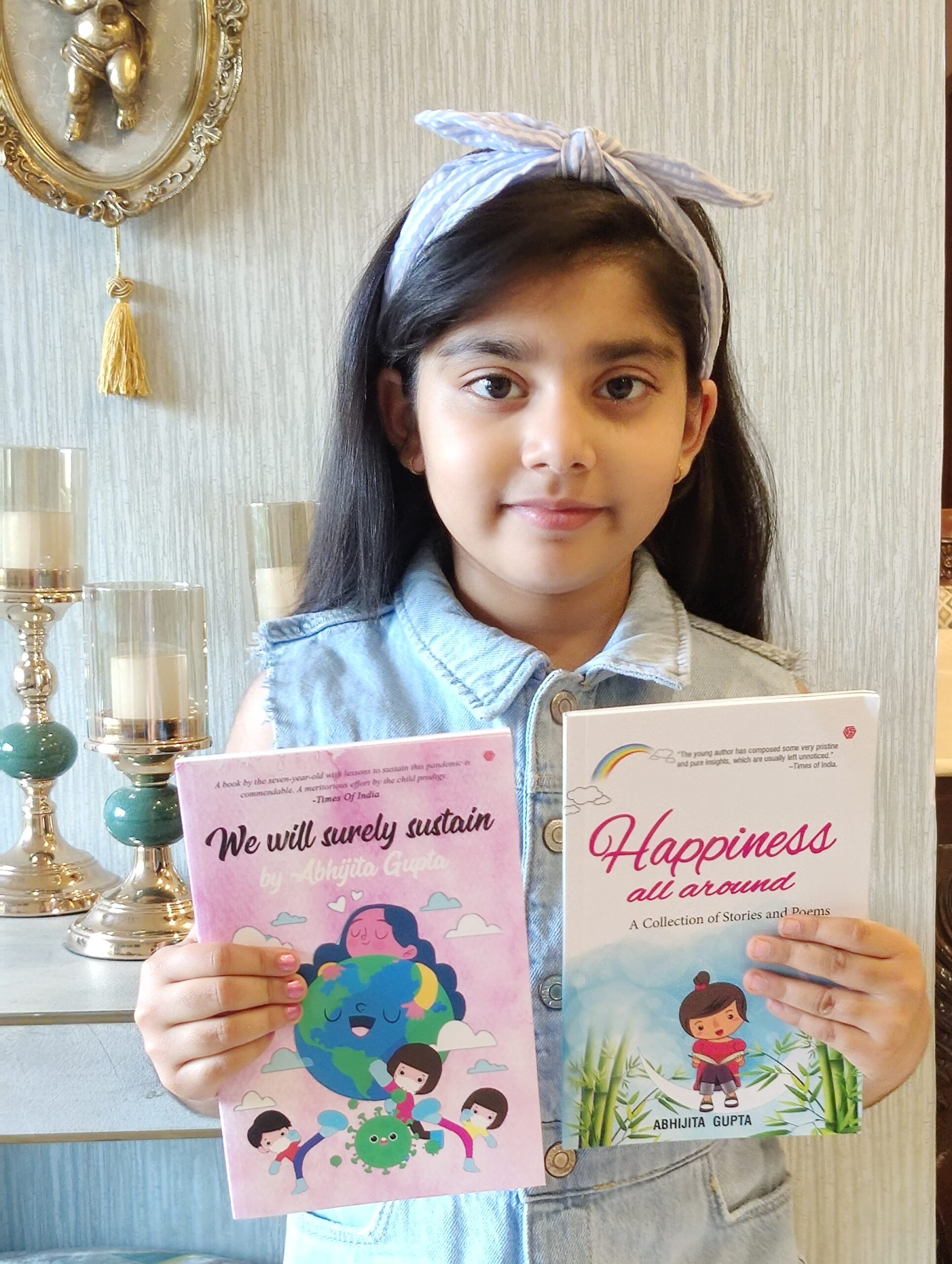 Abhijita Gupta who is not even 8-year-old is a child prodigy who began writing at the age of five and has launched two books which are now being much-admired among the kids. She has been recognized as the world’s youngest author by the International Book of Records for her first book titled ‘Happiness All Around ‘, published at the age of 7. She has been recently acknowledged with the title of the youngest author by the World Book of Records, United Kingdom for her Non-Fiction Book on pandemic titled ‘We Will Surely Sustain’ at the age of 7 years and 7 months.

Abhijita at her tender age has received various titles to be known as the youngest author to write poetry and prose as per the India Book of Records and has conferred the title of the ‘Grandmaster in Writing’ by The Asia Book of Records. Abhijita has become the first Indian kid to ink a four-book deal with her publisher and she has also received a royalty of the first 10,000 copies.

She is a child with a brilliant mind on the academic front since nursery as she has won many spellathons and reading competitions. She has flair creativity in collecting inspiration by observing every little thing around her. Maximum of her writing took place amid the pandemic. Abhijita has a sensitive approach towards the environment and through her poems; she aims to convey a message to save planet earth. She has also released a music video about the same on Earth Day 2021.

She is a wonderful child as she started holding a pencil appropriately at the age of 1.5 years. Some of her poems include ‘Mother Earth’, ‘Let’s try, let’s fly’, ‘Study is my best buddy’, and ‘Precious Friendship.’ Her first book titled ‘Happiness All Around’ is an anthology of short stories and poems with illustrations and has been widely acclaimed among the kids and her second book is all about the affected life of kids during this pandemic and how they sustain the phase. She got featured by Indiatimes among 5 child prodigies who are making India proud.

Through her immense love for writing her main aim is to motivate and to leave a positive impact on society.

Meet “Ankit Devanshi” the man behind the Success of Child Humanity…