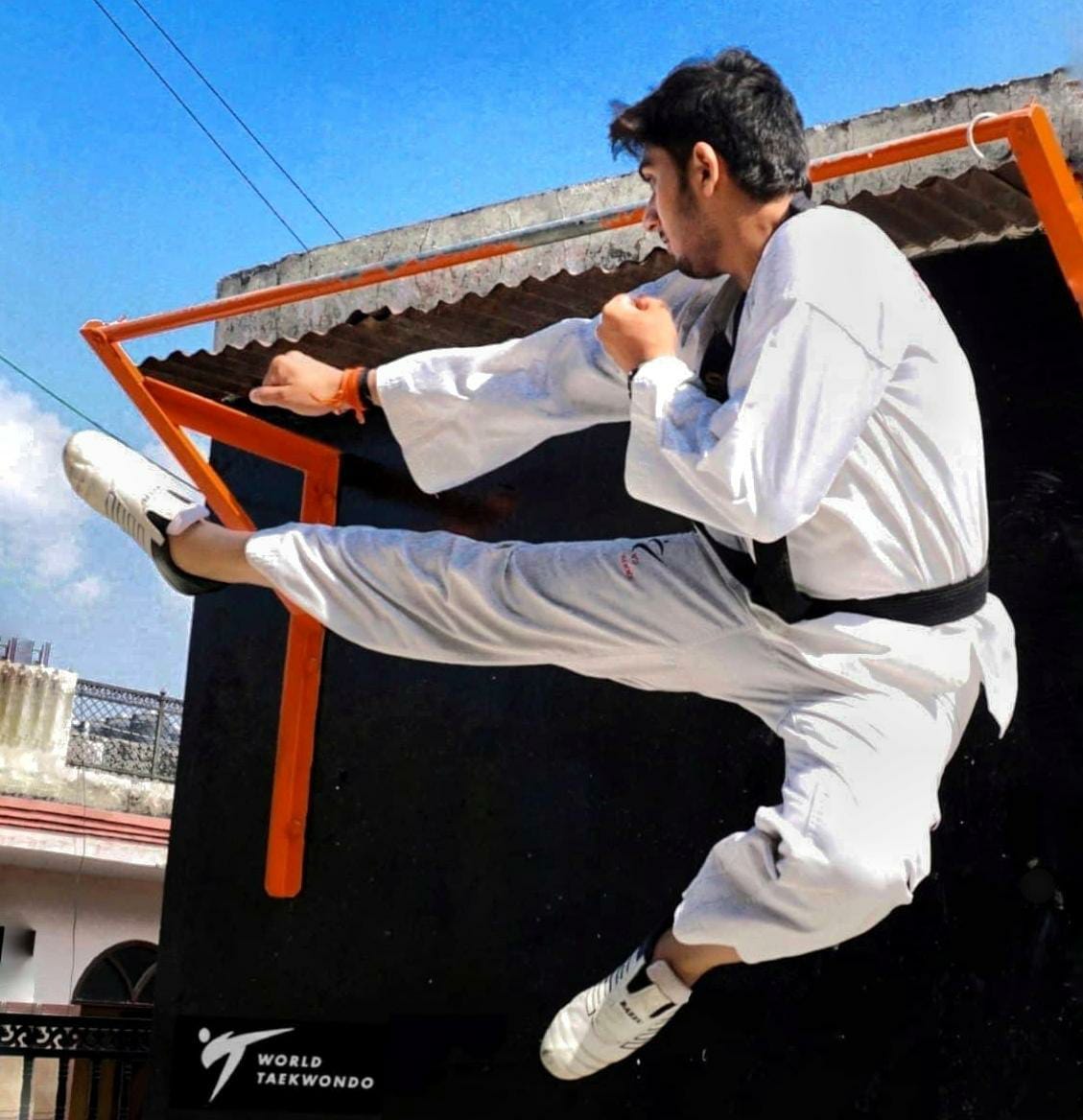 Atul Raghav wins Bronze Medal in G-2 Fujairah Taekwondo championship which was in Dubai 2020. He represented India in under -78kg .

Who is Atul Raghav?

Atul Raghav is an Indian Taekwondo Player living in Ghaziabad, Uttar Pradesh. He is the only Taekwondo player from his district who had participated in Grade Ranking Championships in the history of Ghaziabad.

He is native of the city “Bulandshahr”, Uttar Pradesh. He is popularly known for his undepictable gameplay and amazing looks.

Atul Raghav was born on 24th September 2004 in Bulandshahar, Uttar Pradesh to a Rajput family. Now currently living in Ghaziabad, Uttar Pradesh. His father’s name is Harish Kumar Raghav who is a police officer in Uttar Pradesh Police.

His mother is a Housewife and He is a sibling of his three elder sisters who is now married. His father is posted in Muzaffarnagar at Present and He lives with his mother.

He was particularly a Mix Martial Arts player. He was in the 9th class when he was accidentally introduced to taekwondo.There is nothing much as he is a man with a very simplistic approach in his personal life.

He is very much centric towards his career and when in an interview he was asked about his relationship status, He smiled and replied, “At this age, I’m passionate about my work and only interested in consistency, stability, respect, and loyalty”.