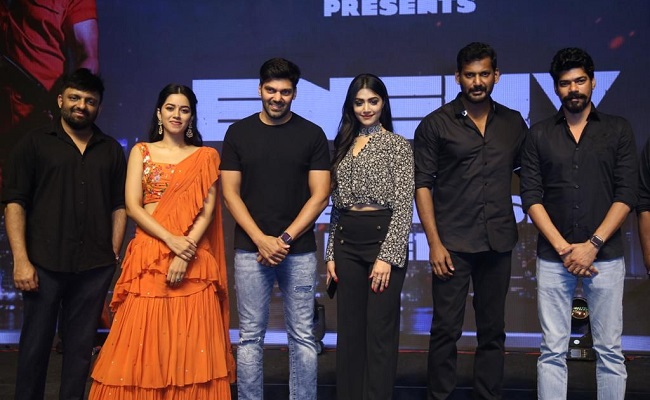 Vishal got emotional and said that he was not able to understand whether the program should be organized or not.

“Puneeth Rajkumar was not only a good actor but he was also a good friend of mine. I have never seen a superstar as attached to the earth as him. He was doing a lot of social activities. I promise to look after 1800 students getting free education from Puneet Rajkumar from next year.

Vishal then thanked his producer as he is about to release it in theaters and for this he rejected the OTT offers.

Vishal said, “This is my first film with Anand. This is not a movie to be watched in home theater or on the small screen. When he narrated the story of the film to me, at the same time I felt that it could be a very important film of my career. I told him that choosing Arya for this film would be the right decision. I also asked him to enhance the character of Arya.”

Arya said that it was Vishal who suggested his name for the role in the film.

“Vishal is like my brother. The film has got a good story. It got feelings. It’s about turning enemies from friends. It has many layers between two friends who have turned into enemies. “

ChangeMakers India is a curated collection of positive news and stories from online publications across the country. It's initiatives of "FAME Publish" to spread hope and encouragement amid the negativity that we are bombarded with on a daily basis. If you have such a story to share with the world, write to us at [email protected]